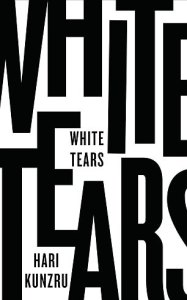 At last! A Tournament of Books contender that I don’t hate!

Well now, that’s a little unfair. I like Ruth Ozeki’s work, and Station Eleven is lovely, and I really enjoyed thinking about Min Jin Lee’s Pachinko. Bu-ut, generally, the people who follow and read along with the ToB are looking for different things in their reading than I am. As a case in point, Hari Kunzru’s White Tears, which I think is doing unusual and important work, didn’t make it out of the first round of this year’s Tournament, despite a relatively high seeding, which means my memory has apparently fabricated a rich vein of discussion about it. (The ToB is possibly the only place on the internet where it’s not only safe but actually productive to read the comments.)

Anyway. The very fact that White Tears made it into the ToB in the first place means that, although it draws on genre elements, it falls squarely into the Literary camp: it relies more on affect than plot to generate meaning. But a bare-bones plot summary might go something like this.

The novel follows two young white men, astronomically wealthy Carter and un-wealthy, unworldly Seth. Carter draws impressionable, eager-to-please Seth down with him into the depths of an appropriative obsession with Black music, a search for a spurious “authenticity” which they think the Black people they actually meet in college lack. Together, they form a production company specialising in creating this “authentic” sound for (mostly white) musicians, using the substantial library of original 1920s records Carter has put together. Things take a sinister turn, however, when Carter releases online a blues track put together by Seth out of a couple of enigmatic recordings he’s made while walking the city; Carter passes the song off as genuine, claiming that it’s by an artist named Charlie Shaw. An ex-collector reveals that Charlie Shaw was in fact a real Black artist – and decades of systematic racism, oppression and appropriation literally come back to haunt Carter and Seth.

Literally: a couple of commenters on the one ToB judgement White Tears did manage wanted to know what “really happens” towards the end of the book, when Seth apparently experiences flashes from the life of Charlie Shaw and possibly other Black victims of institutional racism. Kunzru also sets up a couple of murder mysteries that never get solved comprehensively, at least not in the way we’d expect from the detective-story traditions he draws on. I think that asking what literally happens misses Kunzru’s point here, or is, rather, the exact opposite of Kunzru’s point: these flashbacks, these lacunae, deliberately disturb the “logical”, “rational” surface of the text, the level on which we can rationalise out motives and psychologies and chains of cause and effect. They, precisely, haunt the text, as the spectre of racism haunts America. The novel isn’t interested in logical, rational explanations because it’s not interested in allowing us to construct racism and appropriation as logical, rational responses.

There is something here, too, that’s to do with artistic and narrative erasure. On the most obvious level, Carter and Seth are erasing Black artists, and the cultural tragedy their work is rooted in, by appropriating their “authenticity” for their own profit. (It’s worth noting here that Carter’s family has made their fortune off Black labour and Black lives.) So the novel eschews conventional narrative solutions as a way of performing this erasure: Charlie Shaw, the brilliant young artist, is denied the narrative arc that would (and, under the terms of the novel, should) bring him to fame, fortune and recognition by a system that exploits his labour and life: his career is derailed before it’s even begun by white capitalists who refuse to acknowledge his humanity.

I wonder if my not minding the novel’s refusal to provide logical explanations has to do with genre reading protocols? While it refers to our murder mystery expectations only to subvert them, it’s also clearly drawing on horror tropes to frame its discussion of racism and appropriation – and I suspect that not fully understanding a text on a rational level bothers readers of speculative literature (including horror) less than it does readers who primarily favour mimetic litfic. Or maybe that’s a gross simplification of people’s actual reading habits; I don’t know. In any case, I think this ghost story/murder mystery/Literary novel is a really effective way of laying bare the connections between the slave trade, institutional racism and oppression and cultural appropriation, and the utter savagery of those systems.