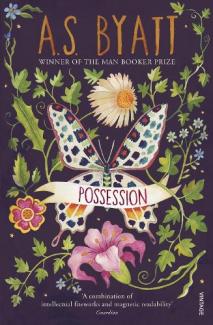 In the foreword to her bestselling romantic novel Possession (1990), A.S. Byatt discusses the various meanings of the work’s title: the physical ownership of an item; the state of being taken over, possessed, by a strong emotion or an evil spirit; the sense in which one’s lover belongs to one. The novel addresses all these forms of possession, and a couple of others, in various ways, particularly through the lens of academia and the practice of studying the work and lives of the long dead.

It centres on two British scholars, Roland Michell and Dr Maud Bailey, who specialise in the writings of two fictional Victorian poets – respectively, Randolph Henry Ash, a man with the sort of literary reputation that Tennyson or Wordsworth have in our world; and Christabel LaMotte, a “minor” poet whose work has recently been rediscovered by third-wave feminists. Roland and Maud are brought together when Roland finds and steals a previously unknown letter written by Ash to a woman later discovered to be LaMotte. Together, they investigate the connection, piecing together the story of Ash and LaMotte’s romance, which is complicated in plausibly Victorian ways by the fact that Ash is married and by LaMotte’s proto-feminist, possibly sapphically-underpinned desire for a quiet life of self-reliant sisterhood with her companion Blanche. Meanwhile, in the present day, both Roland and Maud are dealing with their own romantic disappointments (which parallel Ash and LaMotte’s in quite interesting ways), as well as attempting to outrun the investigations of two prominent Ash scholars who they suspect will try and take ownership of the story in their own ways.

One of the things that stands out most to me about Possession is how steeped it is in the culture and practice of academia, and how interested it is in the concerns of career academics. A former academic herself, Byatt understands what a Big Fucking Deal it is when Roland steals an uncatalogued letter instead of reporting it to the librarian, and how much, career-wise, depends for her characters on whether they can get first dibs on the Ash-LaMotte story; and these pressures, these concerns are central to the novel’s narrative engine. This is academia seen not as an ivory tower where intellectuals are empowered to live pure lives of the mind, which is how it tends to be portrayed in mainstream works like Elizabeth Kostova’s The Historian or Donna Tartt’s The Secret History, but as a field rife with internecine struggles that largely have nothing to do with the actual research being undertaken.

In particular, it’s fascinating to see Byatt drawing out how apparently administrative concerns like who owns a particular letter, or who has the rights to edit a body of work, can materially affect whole areas of scholarship; in other words, how questions of ownership and possession play out in this supposedly disinterested profession. A pressing issue for Roland and Maud in the novel is who the legal owner of a bundle of previously unknown letters between Ash and LaMotte is, and thus whether they can be sold away to an American collector before anyone gets a chance to study them properly.

These questions appear in guises beyond the material too. Roland, Maud and the Ash scholars on their trail all feel a sense of ownership over the Ash-LaMotte correspondence, and over the lives and work of two once-living people, on the basis that they themselves have dedicated their working lives to analysing those people’s words and material realities. They all feel entitled to claim either Ash’s work or LaMotte’s for their various ideologies – whether feminist, Great Man-patriarchal or psychosexual. Byatt ironises the legitimacy of these feelings of entitlement and ownership by giving the reader a direct, third-person omniscient window into the poets’ romance at several points in the narrative – granting us knowledge that none of the modern-day characters possess, and thereby demonstrating the shakiness of the hold the scholars have on Ash and LaMotte’s lives, which are too messy and fraught for any single ideology to capture.

It’s tempting to see in this a response to the debate over the usefulness of theory in the analysis of literary texts that raged in the 1980s and 90s. Several times Byatt refers to the contemporary vogue for psychosexual readings of historic texts, and draws attention to the ways in which such readings reveal the limitations of the culture in which they’re produced; these readings, for Byatt, close down avenues of interpretation rather than opening them up, acting as ways to classify texts rather than as productive approaches to them. In the same way, no one single ideology is ultimately sufficient to encapsulate the reality of what went on between Ash and LaMotte in Byatt’s novel, and attempting to impose a simple interpretation onto their relationship – to claim ownership of the ability and the right to do so – is to do violence to the complex and contradictory reality of their lives and emotions.

This all might seem rather abstruse for a mainstream novel, but in the social media age it has resonances that Byatt cannot have foreseen. What Roland and Maud do to Ash and LaMotte is not very different to what we do when we follow celebrities and people in the public eye on Twitter and Facebook: we assume that their public personae represent authentically the entirety of who they are as people, we imagine ourselves as their friends, and we assume that we’re entitled to their innermost thoughts and feelings. Possession is a story about the perils of reading, and the impossibility of accessing the fullness of a person through their writing: as Byatt reveals, the reader’s biases are always in play. Formally adventurous (it features over 1000 lines of faux-Victorian poetry), emotionally complex and deeply informed by literary theory, it’s a wonderfully satisfying, layered novel that I can readily see myself returning to.